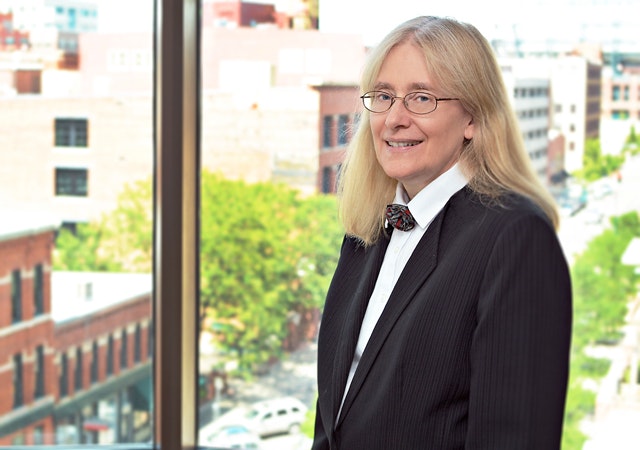 Judith M. Matlock is a partner at Davis Graham & Stubbs LLP. She has been in private practice since 1982. Ms. Matlock represents a diverse range of clients in the oil and gas and public utility industries. Her practice includes representing clients in connection with regulation, contracting, and litigation, as well as with royalties and taxes on production. She is involved in all aspects of the gathering, transportation, processing, fractionation, and marketing of natural gas, liquids, and crude oil, including advising clients on the federal and state jurisdictional status of transportation facilities. Her practice also encompasses representing producers in connection with the calculation, payment, and reporting of royalties and production taxes. She assists clients with ONRR data mining requests, the ONRR marketable condition rule and associated unbundling requirements, and state, federal, and Indian royalty and tax audits and appeals. Additionally, she represents producers in connection with private royalty litigation including class action lawsuits. She conducts in-house royalty payment and reporting training seminars and assists companies with internal royalty payment and reporting compliance self-audits. She has over 25 years of experience in public utilities matters, including acquisitions of public utilities, electric resource planning, gas transportation, CPCN proceedings, Colorado’s Clean Air-Clean Jobs Act, franchise and street lighting agreement negotiations, and other matters. She is a frequent lecturer and writer on federal royalties and numerous other energy-related topics.

Ms. Matlock is an active participant in the Rocky Mountain Mineral Law Foundation (RMMLF). She has served on the Executive Committee, as a trustee, and as a co-chair of the Special Institutes Committee. She has also been the program chair for several RMMLF special institutes, short courses, and for the 2010 Annual Institute. In 2020, Ms. Matlock was named an honorary trustee the RMMLF, which is a lifetime appointment, and the highest honor bestowed by the Foundation.

Ms. Matlock is a member of Phi Beta Kappa, Order of the Coif, and the Denver, Colorado, and American Bar Associations. She has been named in The Best Lawyers in America® in the fields of Natural Resources Law, Oil and Gas Law, and Energy Law since 1995, was named to the Denver Business Journal’s 2014 list of Top Women in Energy, and was listed in Who’s Who Legal: Energy 2018.

The Public Utilities Commission (PUC) published a Notice of Proposed Rulemaking to amend its Rules Regulating Pipeline Operators and Gas...

Where Are We Now and Is There Anything We Should Be Doing?

The Status of Recent Federal Rulemakings on Operations and Royalty Reporting and Payment Over the last 18 months, Bureau of...