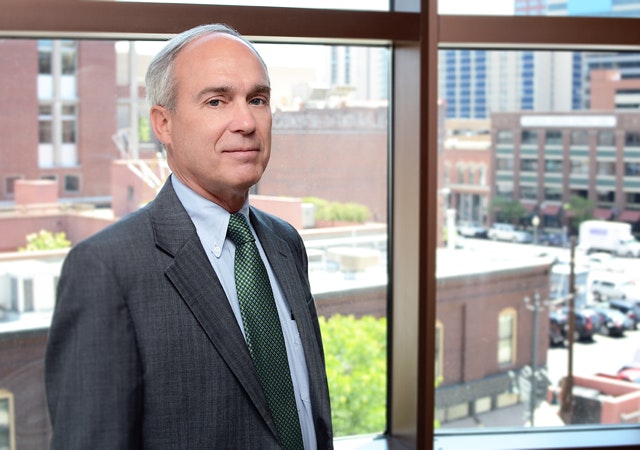 Lee Terry practices corporate and securities law, focusing on commercial and investment transactions, including but not limited to mergers and acquisitions, joint ventures, partnership agreements, licensing and other technology related contracts, and both public and private offerings of securities. In addition, Mr. Terry regularly drafts and reviews periodic reports and other documents required to be filed with the SEC under the federal securities laws. He also provides advice to broker-dealers, investment advisers, hedge funds, and mutual funds under the securities laws, including the Investment Company Act and the Investment Advisers Act.

As a result of starting his career as a staff attorney in the Office of the General Counsel of the Securities and Exchange Commission in Washington, D.C., Mr. Terry’s practice has always revolved around the securities laws, including various types of capital raising transactions, such as private equity and venture capital financings, accredited investor offerings and crowd fundings, as well as compliance with SEC and stock exchange disclosure requirements for publicly held companies. He is also called upon from time to time to help manage unusually difficult and typically unanticipated crisis situations for public and privately held businesses on short notice. He has advised companies and individuals on how to respond to a wide variety of such situations, including internal investigations, media scandals, SEC and other regulatory investigations, dissident shareholder actions, ownership disputes, management shakeups, restatements of audited financial statements, allegations of corporate misconduct, threatened loan foreclosures, disputes with or buyouts of current or former officers or directors, and various types of threatened litigation or regulatory action. He has also counseled clients on the intricacies of directors and officers insurance policies, including the negotiation of policy terms and claims made under such policies.

Mr. Terry has been named in The Best Lawyers in America® since 2009, where he is currently listed in the practice areas of Corporate Law, Securities/Capital Markets Law, and Securities Regulation. He has also earned an AV Preeminent® Peer Review RatingTM from Martindale-AVVO®.

Did You Agree to Share Your Home Wi-Fi Network? On June 6, 2021, Amazon launched, and automatically enrolled users with...

With Colorado’s business ecosystem being rapidly transformed by COVID-19, we know that it has become a challenging environment for many...