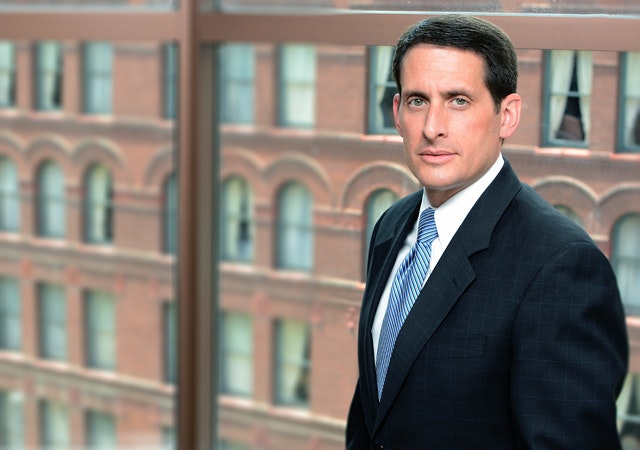 Brett Painter is a partner and chairs the Employment & Labor Group at Davis Graham & Stubbs LLP. He practices primarily in employment law, including litigating and advising clients in the areas of discrimination, harassment, retaliation, unlawful discharge, layoffs, unfair labor practices, employment agreements, noncompetition agreements, union issues, and wage and hour laws. Mr. Painter also has a significant commercial litigation practice, which includes prosecuting and defending claims for breach of express and implied contracts, defamation, misappropriation of trade secrets, negligence, and a variety of other business-related torts.

Mr. Painter has extensive experience litigating cases across the United States, including jury trials, bench trials, arbitrations, mediations, and hearings. He is admitted in Colorado state and federal courts, and he has been admitted in courts in other states on a case-by-case basis. He frequently represents clients in connection with administrative proceedings before the Equal Employment Opportunity Commission, the Colorado Civil Rights Division, the Department of Labor Wage and Hour Division, and the National Labor Relations Board.

Mr. Painter currently serves at the North America Regional Vice Chair of the Lex Mundi Labor & Employment Group. He is a member of the Denver Metro Chamber of Commerce’s C3 Legal Advisory Council. In 2022, he was named as Lawyer of the Year for Employment Law – Management in The Best Lawyers in America®, which also has named him in its 2013-2022 editions for Litigation – Labor & Employment and Mass Tort Litigation/Class Actions – Defendants. Mr. Painter has earned an AV Preeminent® Peer Review RatingTM from Martindale-AVVO®. He was named a 2009-2021 Chambers USA Leader in Their Field in Labor & Employment, for which he received a Band 1 ranking in 2019-2021. In 2021, Mr. Painter was named a Labor and Employment Star by Benchmark Litigation. He has been selected for inclusion in Colorado Super Lawyers since 2012 and was selected by 5280 Magazine from 2016-2020 as a Top Lawyer for Labor/Employment: Defense. Mr. Painter was a member of the Workplace Law Advisory Board at the University of Denver Sturm College of Law from 2012 to 2014. From 2008 through 2010, he served as the Co-Chair of the Labor & Employment Law Section of the Colorado Bar Association.

We hope you can join Davis Graham & Stubbs LLP to explore some of the most pressing topics in Colorado...

Colorado’s new paid sick leave and equal pay statutes will be effective on January 1, 2021, and the Colorado Department...