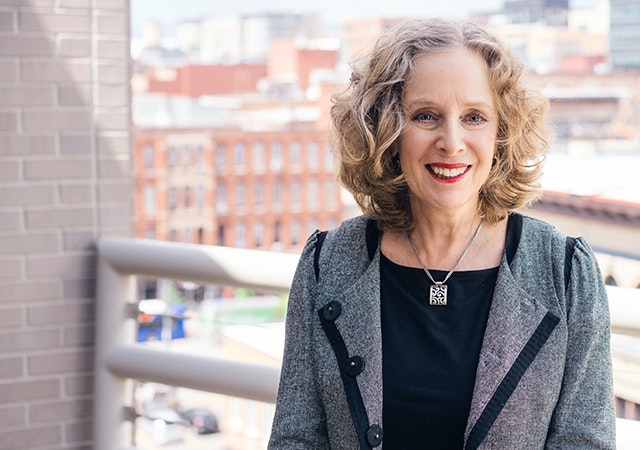 Janet Savage is a partner in the Employment & Labor Law Group of Davis Graham & Stubbs LLP and has been practicing since 1981 in those areas. She has significant litigation experience, defending claims by employees concerning all types of discrimination, contract, and defamation claims. A significant portion of her practice involves counseling and defending companies on claims of harassment and discrimination. She regularly counsels companies in general employment matters, as well as in discrimination claims. She also represents companies in various labor issues, including arbitrations and National Labor Relations Board proceedings.

Ms. Savage is a frequent speaker and author on employment related topics. She has spoken before the Colorado Association of Certified Public Accountants, the Colorado Women’s Corporate Counsel Group, the American Corporate Counsel Group, the National Resellers Convention, and at a number of continuing legal education seminars sponsored by the Council on Education in Management. Ms. Savage has been the moderator and program organizer for a series of employment seminars for CLE of Colorado and for numerous client seminars. She has been named as a “Leader in Their Field” in Labor & Employment Law for a number of years in Chambers USA and has earned an AV Preeminent® Peer Review Rating™ from Martindale-AVVO®. In 2004, Ms. Savage was a finalist for the Denver Business Journal’s “Best of the Bar” award in labor and employment law. Ms. Savage was recently selected as a League of Justice honoree by the Rocky Mountain Children’s Law Center for her work organizing the guardian ad litem program at DGS. She was also recently elected by the American Board of Trial Advocates to become a member. Ms. Savage has also been recognized with the Client Choice Awards 2016-2017.

Prior to joining DGS, Ms. Savage was a managing partner and shareholder in the Denver office of a large Minneapolis-based law firm. She received her B.A., with honors, in 1976 from the State University of New York at Binghamton, and her J.D., cum laude, in 1981 from Suffolk University Law School, where she was a member and research editor of the Suffolk University Law Review. After law school, she was a clerk for one year in the Colorado Court of Appeals. Ms. Savage is admitted to the Colorado Supreme Court, the U.S. Court of Appeals for the Tenth Circuit, and the U.S. District Courts for the District of Colorado, the Eastern District of Michigan, and the Western District of Texas, Austin Division. She has also been admitted to numerous courts for the defense of particular cases.

Ms. Savage is an arbitrator for the American Arbitration Association and has been a lecturer at the University of Denver Sturm College of Law. Ms. Savage is a fellow of the American Bar Foundation. She is a member of the Labor and Litigation Sections of the American Bar Association and the Labor Law Committee of the Colorado Bar Association. She is also a member of the Alliance of Professional Women, Colorado Women’s Chamber of Commerce, and Women’s Corporate Counsel Group. She was the chair of the Board of Directors for the Colorado Chapter of the Multiple Sclerosis Society for four years.

The 2020 edition of Chambers USA ranked Davis Graham & Stubbs LLP first in Colorado in the areas of Banking...

The 2019 edition of Chambers USA ranked Davis Graham & Stubbs LLP first in Colorado in the areas of Corporate/M&A...

Please join DGS and your human resources peers at the first Employment Law Update installment of 2019. Attendees will get...

The 2018 edition of Chambers USA ranked Davis Graham & Stubbs LLP first in Colorado in the areas of Corporate/M&A...

Employment Law Update: The #MeToo Movement and Implications for Employers

Please join us for a discussion of the #MeToo movement and its implications for employers. This briefing will include the...