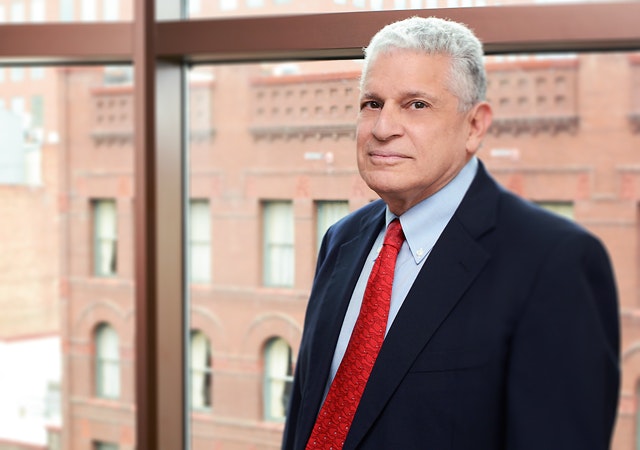 For more than 40 years, William A. Bianco represented both plaintiffs and defendants in a business litigation practice involving complex commercial disputes, construction, and real estate issues.

Among other matters, he has represented a trustee for the Securities Investor Protection Corporation in the liquidation of a broker-dealer and pursuit of claims for fraudulent conveyance, breach of fiduciary duty, alter ego, and violations of corporate governance standards. He has represented foreign manufacturers against intellectual property and trade secret misappropriation claims, defended class action claims, and has been involved in a wide variety of disputed issues, including alleged contract breaches, fraud, accounting matters, insurance bad faith, banking, wills and trusts, and bankruptcy.

His construction and real estate practice has included project failure and defect claims, as well as other claims involving developers, home builders, general contractors, subcontractors, material suppliers, architects, and engineers. He has represented a variety of parties in disputes involving expansive soils, foundation design and construction, and subsidence, including underground mine subsidence. He has also represented parties in cases involving claims for extra work, delay damages, and impact claims, and with respect to mechanic’s lien claims and disputes.

Mr. Bianco has used a variety of alternative dispute resolution techniques to resolve litigation in both large and relatively small disputes on a prompt and cost-effective basis. He serves on the American Arbitration Association commercial and construction panels of neutrals and has arbitrated a wide variety of cases. He has also mediated both commercial and construction cases.

Mr. Bianco was a member of the Board of Directors of the Denver Union Station Project Authority. He is also a past member of the Board of Directors of the Colorado Lawyers Committee, the Colorado Lawyer Trust Account Foundation (COLTAF), the Legal Aid Society of Metropolitan Denver, and the Board of Governors of the Colorado Bar Association (CBA). Mr. Bianco has served as chairman of the CBA Committee on Legal Education and Admissions and is a former member and chairman of the Law Committee of the Colorado Supreme Court Board of Law Examiners. He has also served as a trustee of the Legal Aid Foundation of Colorado and as the chair of the Board of Trustees. Mr. Bianco has been listed in The Best Lawyers in America® and has been selected for inclusion in Colorado Super Lawyers by Thomson Reuters. He was also selected by Best Lawyers as Denver Litigation - Construction "Lawyer of the Year" for 2014.

Mr. Bianco graduated from New York University with his B.A. in 1967. He received his J.D. in 1970 from Columbia University, where he was an articles and book review editor of the Columbia Law Review. After graduating from law school, he worked at a New York law firm and served in the U.S. Army prior to joining DGS in 1972.

Mr. Bianco is admitted to practice in Colorado and is a member of the Bars of the U.S. District Court for the District of Colorado, the U.S. Court of Appeals for the Second, Third, Tenth, and Federal Circuits, and the U.S. Supreme Court.

Mr. Bianco has published articles on construction law in periodicals and has lectured on the subject.

The Colorado Lawyers Committee named Davis Graham & Stubbs LLP its 2017 Law Firm of the Year at an awards...